Other Globes: Past and Peripheral Imaginations of Globalization 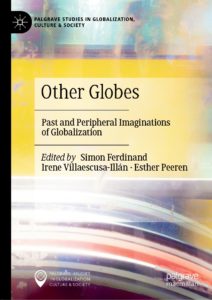 This volume challenges dominant imaginations of globalization by highlighting alternative visions of the globe, world, earth, or planet that abound in cultural, social, and political practice. In the contemporary context of intensive globalization, ruthless geopolitics, and unabated environmental exploitation, these “other globes” offer paths for thinking anew the relations between people, polities, and the planet.

Derived from disparate historical and cultural contexts, which include the Holy Roman Empire; late medieval Brabant; the (post)colonial Philippines; early twentieth-century Britain; contemporary Puerto Rico; occupied Palestine; postcolonial Africa and Chile; and present-day California, the past and peripheral globes analyzed in this volume reveal the variety of ways in which the global has been—and might be—imagined. As such, the fourteen contributions underline that there is no neutral, natural, or universal way of inhabiting the global.